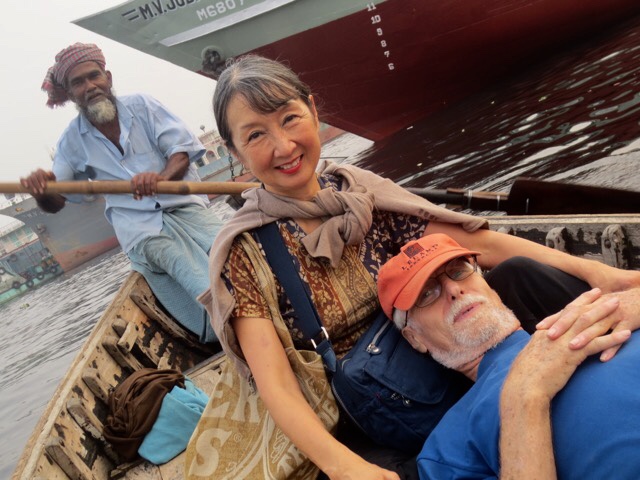 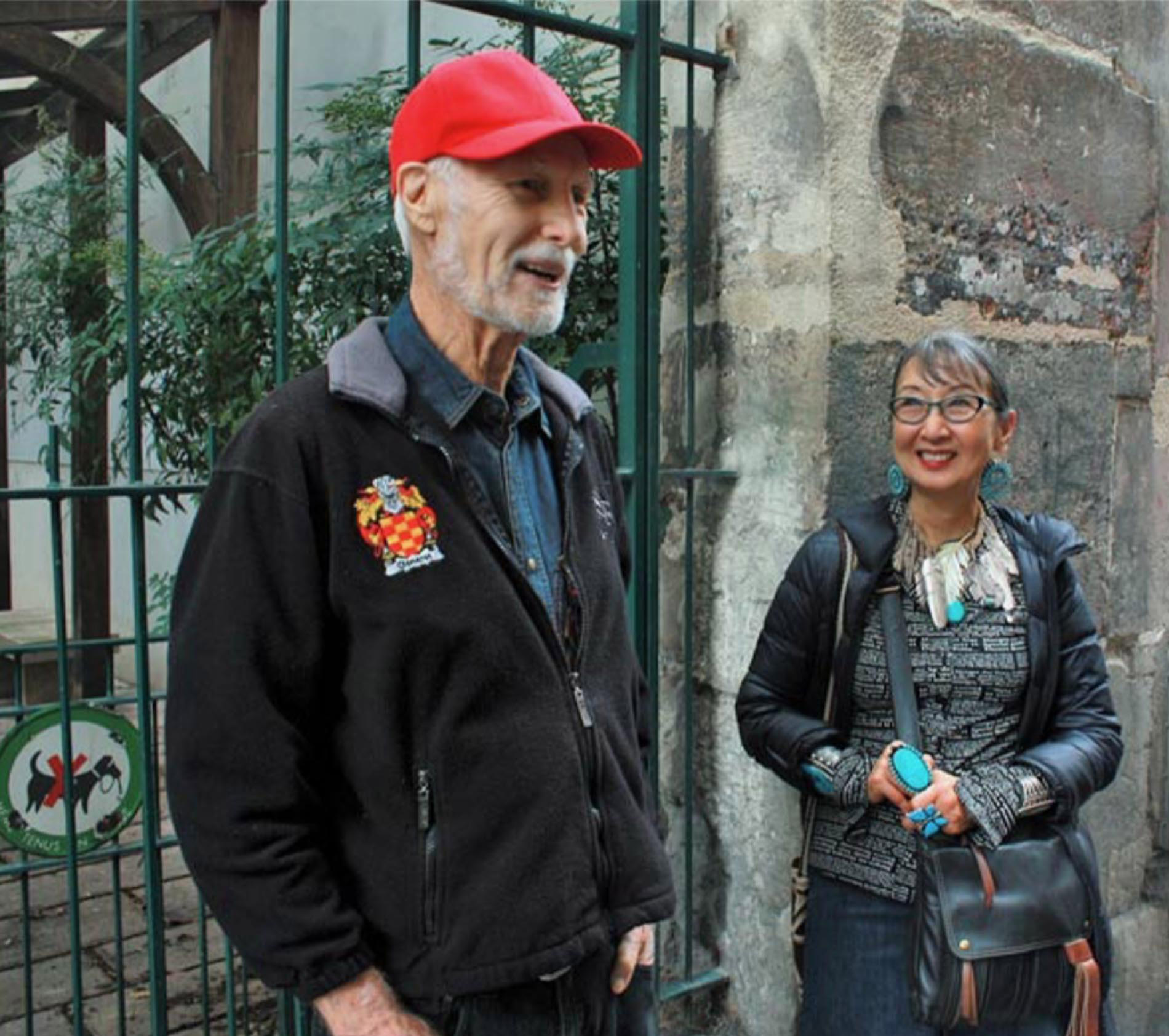 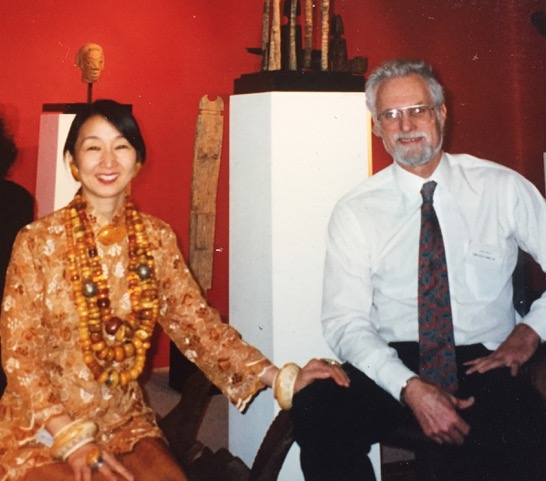 James Willis was among the early, foremost US dealers in Tribal art, starting his public gallery in San Francisco in 1972, and after 2001, operating privately from his historic circa 1864 home on Russian Hill to present time. His gallery was established for 47 years.

He was born in Los Angeles, a cousin of the late Senator John McCain, their mothers were identical twins. He had a fascinating family history on both sides. His father Jack Maddux was an aviation pioneer with Charles Lindburgh. Maddux Airlines became TWA. His family tree dates from George Washington. He took his stepfather’s surname Willis, his nickname was Jim. He had three siblings, Melanie, Wendy and Nelson Willis.

Jim attended Webb School in Claremont, California, and graduated from Pomona College in 1957, in International Relations. He was of the LA pioneer surf generation. His classmates were Gordon Clark of Clark Foam, Hoyle Schweitzer who invented windsurfing, and he worked for Hobie Alter. He became an avid traveler with two friends over 35 years for scuba diving and flyfishing.

The path to his African art career was varied. After college, he travelled throughout Europe selling Encyclopedia sets to American military stationed overseas; he lived in Rome with his young family among a community of expatriate writers and artists such as Cy Twombly, John Cheever; when he arrived in San Francisco with little funds he drove for Yellow Cab; as a ceramicist his studio neighbor was Peter Voulkos; before entering the art business, he was a bookbinder on a limited edition of Howl, by Allen Ginsberg for Grabhorn-Hoyem, later Arion Press.

His gallery initially exhibited both contemporary and tribal art. He represented California artists such as Bruce Conner, Stephen De Staebler, Jack Zajac, James Strombotne. In 1975, his second floor Union Square gallery expanded to over 8,000 square feet. In the late 1970s he led art tours to Africa with Gulliver Travels. This included Paris and Brussels, to introduce the concept of collecting African art. He eventually focused primarily on tribal art; African, Oceanic, Indonesian and Himalayan. He treasured his first African piece bought in 1955. He claimed they were his most expensive purchase at $150, as he served formal dinners at Pomona College for fifty cents an evening, paying five dollars weekly on the art layaway. His gallery exhibitions were reviewed in Arts d’Afrique Noire, Paris, and UCLA African Arts. He placed tribal art in many museums, and appraised fine collections worldwide. Jim was proud to place his finest acquisition, a Bamana maternity figure circa 1279 – 1395, in the permanent collection of Los Angeles County Museum of Art.

Since 2003, Jim was honored to serve reappointments on the Cultural Property Advisory Committee for the White House for sixteen consecutive years. A presidential appointment of eleven members on three-year terms, to advise the president on cultural property agreements with foreign governments. Andrew Cohen, Executive Director, Cultural Property Advisory Committee; “Having Jim on the Committee enlightened every member because he spoke from his vast experience. We’re all going to miss his presence. Please know that I am proud to have had Jim as a colleague.”

Bobbie Entwistle, Entwistle Gallery, London and Paris, “I knew Jim for more than thirty-five years. He was a wonderful dealer but more important a very special human being. He had time for people and always a smile and a story. He was an old fashioned gent with a generosity of spirit and mind that was incomparable” The high point of any trip to California was spending time with Jim and Lin. I will always think of him and the wonderful conversations we had.”

Bay area dealer, Thomas Murray, “Jim was a preeminent dealer of tribal art, known and respected for his expertise, integrity and fairtrading, builder of fine private and public collections. He was advisor to three Presidents on the Cultural Property Advisory Committee at the Department of State. My friend and mentor, he once told me, ‘If it can be said at an art dealer’s funeral that he never sold fakes and paid his bills on time, he was a success…’, James Willis was so much more”.

New York tribal art dealer, Michael Oliver, “Throughout the forty plus years that I knew Jim, no matter where I mentioned his name, Africa, Europe or the US, the response was always the same: “A good and knowledgeable man who always keeps his word. It was an honor to be his friend.”

He advised museums and collectors, and was a member of SFTribal since the beginning.

He is survived by his daughter Ryann, sons Duncan, James and Jack, a granddaughter Lua Cheyenne, and his fourth wife of over 28 years, Lin Chen-Willis, who was his partner in the art business. They exhibited in tribal art fairs and enjoyed adventurous travel to Europe, Asia and Africa annually. His love for far destinations was boundless. Their goal was to explore new locations every year.

He was a miraculous cancer survivor of a spinal tumor and lymphoma in 1981. He survived kidney cancer first diagnosed late 2014. It recurred in 2017, when a celebration of his life was held at the M.H. de Young Museum in Golden Gate Park, attended by friends, collectors, dealers, and museum curators. He lived another two and a half years, with travel plans for Paris when he passed away.

Jim was a bon vivant, an entertaining raconteur well known for his tales. He read avidly on a wide range of subjects and was well versed as a Renaissance man. He was a mentor to many, in the art field and for his personal zest for life, and will be dearly missed.