Art, textiles and jewelry from Oceania, Asia,
Indonesia, Africa and the Americas 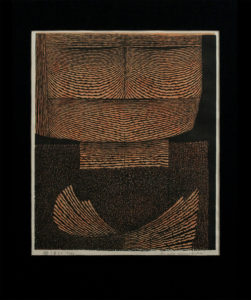 Zena Kruzick has been involved with tribal art for 40 years as aficionado, collector and now, for the last 15 years, as a dealer. Her passion for the art grew steadily during her years spent designing swimwear, selling wine, traveling the world and letting myriad forks in the road broaden her horizons.

In her twenties, a chance encounter with Northwest coast art sparked her fascination with the transformative power of masks. This resulted in her guest curating a show at the San Francisco Arts Commission Gallery in 1983 called In Memory of the Future, a survey of contemporary Bay Area mask sculpture. Through her subsequent affiliation with Friends of Ethnic Art, she was exposed to the world of scholars who spoke to the group about various cultures and their art forms. One of those scholars, Michael Hamson, so vividly described the art and worldview of the New Guinea people that a few months later she was traipsing through the jungle with him and a retinue of handlers. On her return, she launched Zena Kruzick Tribal Art.

Her exposure to the lives of the New Guinea native people also inspired her to found Village Relief Foundation with a few of her FEA friends. For six years, they sent much needed medicine and first aid supplies to various countries, including New Guinea, Djibouti, Liberia, Ghana, Borneo, Zimbabwe and Guatemala. The economic depression put Village Relief on sabbatical and Zena into college, where at U.C. Berkeley she finished her long-deferred B.A. in Psychology and Anthropology. She continues to meet frequently with her advisor, Terry Deacon, and a group of ‘pirates’, to discuss semiosis and the origins of normativity and agency.

The art of tribal cultures continues to connect her with the beauty and power found in objects that so transcend their original purpose, they allow compelling engagement with our sensibilities even in the 21st century.

Zena Kruzick is a member of the International Society of Appraisers. All written appraisal reports are compliant with the Appraisal Foundation’s current Uniform Standards of Professional Appraisal Practice (USPAP). Link to CV on the ISA website.

Now performing appraisals of tribal art and wine for a variety of intended uses: